It Takes a Village to Manage Optical Networks

The alchemists of our age, scientists and engineers, have transformed chemical compounds like gallium-arsenide, indium-phosphide, and silicon into miniaturized lasers, light detectors, and thin tubes of glass that combine to communicate information over long distances at unimaginably fast speeds.

The raw power and extraordinarily efficient cost performance of high-speed optical networking underlies our global internet economy. We are surrounded by countless consumer, industrial, financial, and social applications that depend on reliable and inexpensive communications – spanning interactions among people, between people and machines, and increasingly, among the machines themselves.

Less apparent are the massive efforts that take place behind the scenes to deploy and operate high-speed optical networks to make them available as a basic resource, like water or electricity. Like the well-known African proverb, “It takes a village to raise a child,” this is the successful outcome from the combined contribution of many hands. 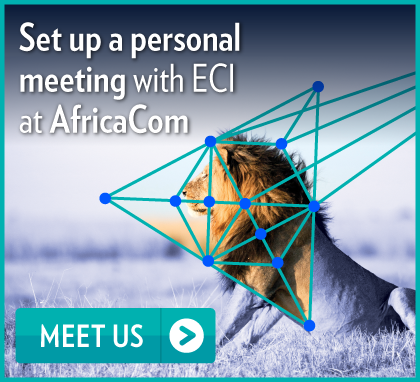 To put the information-carrying capacity of high-speed optical networks into perspective, consider that a typical full-length movie downloaded over the Internet is about 10Gb of data. Meanwhile, a single channel on a one-hundred channel optical fiber can transmit information at over 100Gb per second. If that single channel’s capacity were made available to an end-user, an entire movie can be transmitted in less than a second. The diagram shows the current capabilities of what is called ‘adaptive optical transmission’, whereby the speed adapts to distance and fiber conditions. For an 800km span, a single channel can transmit at up to 400Gbps. If we drop the speed to 200Gbps, then the span can be increased to over 4000km.

When you are purchasing a high-speed optical networking system, you must consider how these various roles are supported, on top of the transmission performance. This is critical for efficient low-cost operation over the lifetime of the optical system. At ECI, we support a full range of capabilities to ensure that our Apollo high-speed optical networks are optimized to customer needs, and always operate at peak performance. These include the LightPLAN™ comprehensive planning system, the LightSOFT® network management and provisioning system, and the LightPULSE integrated health monitoring system. To learn more about how ECI supports high speed optical networking by ‘providing a village’ for proper planning and support over its lifecycle, please come visit ECI at AfricaCom, booth # D5b. We look forward to answering your questions.