The first two attendees that I spoke with last week at NGON Africa in Cape Town expressed often held views that leading edge technology does not apply to Africa. The first was a young technologist who came by as we were unpacking equipment for display at the ECI booth. He asked about the hardware and I explained the 100Gbps transponder that we had installed in a 3RU Apollo™ shelf. His reaction was, “I can’t imagine we need anything that fast in Africa.” The second was a critical infrastructure operator who explained that he was not convinced yet that Africa was ready for the move from copper to fiber.

Fortunately, the rest of the show proceeded to shatter those out-of-date expectations. Throughout the show, operators demonstrated that advanced technologies like 100Gbps (and above), dynamic optical networks, OTN switching and restoration, and fiber to the home were alive and well in Africa.

Subsea optical networks were, appropriately, a huge topic of discussion with many operators and vendors referring to the several cable that now encircle the continent. Perhaps more interesting, however, was the presentation from the NSRC showing emerging maps of the terrestrial fiber networks throughout Africa. While the disparate record keeping and transparencies of the routes have made a full picture difficult to assemble, the current map (https://afterfibre.nsrc.org/) is impressive and demonstrates a clear need for fiber deployment in Africa. I hope that the operator who was incredulous about moving from copper to fiber was listening closely.

But that fiber has to be connected to something, and several talks spoke of deployments of 100G, ROADM, OTN, and other technologies. In an act of serendipity, that I could not have planned better myself, my talk on ‘optical technology and the move to software-defined optical networks’ was immediately followed by a talk from MTN Nigeria on their deployment of just those technologies – and their hopes to move to SDN in the future. The presented MTN Nigeria network rivals networks anywhere in the world for cutting-edge optical technology deployment and certainly proves wrong the technologist who thought that 100Gbps was too fast for Africa.

Once the fiber is connected, something needs to fill up the bandwidth, and talks about data center development and fiber to the home deployment certainly fit the bill. Although it was somewhat disappointing to hear statements like “if I gave you 50Mbps to your home, would you really use it”? I recall hearing similar statements in North America during the FTTH boom – and now 1Gbps FTTH speeds are not uncommon in North America. In other words, give the people bandwidth and they will certainly find a way to use it. I suspect Africa will experience the same trend.

The award for most unique and encouraging talk of the week had to go to the discussion around the SKA Array radio telescope. This “cutting edge of the bleeding edge” science project being built north of Cape Town is so exciting that scientists from around the world are competing to be assigned to the project. Of particular interest to the conference is the project’s estimate that it will generate 10Tbps of data every hour, every day, all year round. This will be one of the highest single sources of bandwidth in the world – if not the highest – and all of that information will need to get to researchers worldwide for analysis. This, truly, is the ultimate source of content for an African fiber infrastructure.

As an outsider who does not live or work in Africa, the conference was fascinating and inspiring. There are great things going on here, and expectations to the contrary are going to be very definitely broken. 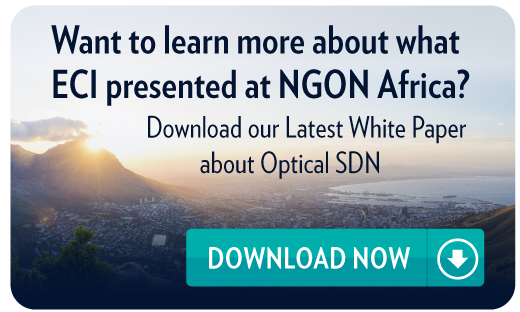 Dr. Wilkinson has deep experience in the telecommunications and technical startup fields, with positions held ranging from deeply technical systems engineering to entirely customer-focused marketing leads. A recognized public speaker and writer as well as a detail-oriented team leader, Dr. Wilkinson has been successful in companies ranging from Fortune 100 to small startups with less than 50 employees. Dr. Wilkinson's career includes significant interaction with major carriers in the United States as well as experience with rural telcos, utilities, and municipalities.